By Emma Parker, University of Leeds, The Conversation

Between 1940 and 1942 Charlotte Salomon, a young German-Jewish artist, created a sequence of 784 paintings while hiding from the Nazi authorities. She gave the sequence a single title: Leben? oder Theater? (Life? or Theatre?). Viewed in the 21st century, Salomon’s artwork could be considered a precursor to the contemporary graphic novel, creating a complex web of narratives through words and images.

Together these sequential images tell a family history, focussing on a central character called Charlotte Kann, a semi-autobiographical version of Salomon herself. They document Charlotte’s development as an artist, her struggles against madness and her first love affair, all painted against a backdrop of increasingly violent Nazi rule. As a new exhibit of Salomon’s work opens at the Jewish Museum in London audiences have a rare opportunity to view this unique masterpiece.

Many of the early paintings in the sequence are divided into tight grids and panels, their structure and arrangement highly reminiscent of comics. Tiny figures stride across the divided paintings cutting scenes and structuring the narrative’s flow.

At the heart of Life? or Theatre? is the question of whether to commit an act of self-destruction. In the early scenes, we are introduced to Charlotte’s parents, Albert and Franziska, through brief glimpses of their wedding night, the joyful announcement of Charlotte’s birth, and Franziska’s rapid descent into depression.

Despite medical intervention, Franziska ends her life. Although the news is initially hidden from a young Charlotte, she later discovers the true circumstances of Franziska’s death, as well as a long history of mental illness within her family. Over 40 paintings later, after witnessing her grandmother’s suicide, Charlotte sits beside an open window in a scene of fiery colours and pleads: “dear God, please don’t let me go mad”.

It’s not just the narrative use of imagery which connect Life? or Theatre? to modern comics. Salomon taped semi-transparent overlays covered in writing on more than 200 of her paintings. Combining text and image, the pieces become a graphic narrative, telling the intertwining stories of many lives.

Although the overlays themselves are too fragile to display, the Jewish Museum recreates these painted words on the gallery walls to great effect.

The spaces between the images are also important, as is the case in modern comics. This is most clearly seen in three of the paintings that depict Franziska’s suicide.

The first painting contains a sequence of images on a single page, showing Franziska’s intense depression and her family’s mounting concern.

Franziska is subsequently kept under “the strict observation of a nurse”. But in the next the nurse fatally “… for one moment – which is utilised by Franziska to throw herself out the window – leaves the room”. She commits suicide in the space between dashes. She uses the break in the sentence – represented in the painting as a brief lapse in the nurse’s attention – to make her exit out of the window.

This second painting is a vital one within the exhibition. It highlights how we not only connect the sequence of images and captions but how we also project meaning into the gaps between paintings. Because this single image is divided into multiple panels, we watch Franziska get up and open the window. In the bottom left-hand corner of the image, her feet disappear off the page.

The third image within the sequence is a full-page spread of Franziska’s body – a pool of scarlet seeping from beneath her crumpled arms suggesting fatal damage.

We work out what takes place in the spaces between the scenes. We imagine Franziska stepping onto the ledge, leaping into the darkness and crashing onto the pavement below. As cartoonist and comics theorist Scott McCloud explains in Understanding Comics: we read between the gaps of graphic narratives, connecting images into a sequence, creating a story.

As the Jewish Museum’s exhibition makes clear, Life? or Theatre? is not just about death and despair. At the heart of these paintings is the story of hope and creativity in the darkest of times. Charlotte is faced with the choice to follow her mother and grandmother over the windowsill, or to “create her world anew” in a radical act of self-representation. She chooses life, despite the likelihood of her own destruction.

Salomon’s death in Auschwitz, aged 26, almost ensured her historical erasure. Shortly before her death, Salomon entrusted the paintings to a friend, asking that they hide the artwork from the authorities. Now Life? or Theatre? is part of a broader revival of academic and public interest in Salomon’s work, securing her place within the history of 20th century art.

In one picture Charlotte’s older lover announces “you know child, some of your pictures are quite excellent”. In the next he speculates that “one day people will be looking at us two”. His patronising prediction is entirely accurate. By assembling a visual narrative, which anticipates contemporary graphic novels, Salomon’s remarkable paintings do indeed demand that we carry on looking, over 70 years after their creation.

Charlotte Salomon: Life? or Theatre? is at The Jewish Museum, London until March 1

“The Obsessive Art and Great Confession of Charlotte Salomon,” The New Yorker

“Tragedy and the Will to Live: The Obsessive Art of Charlotte Salomon,” The New York Times 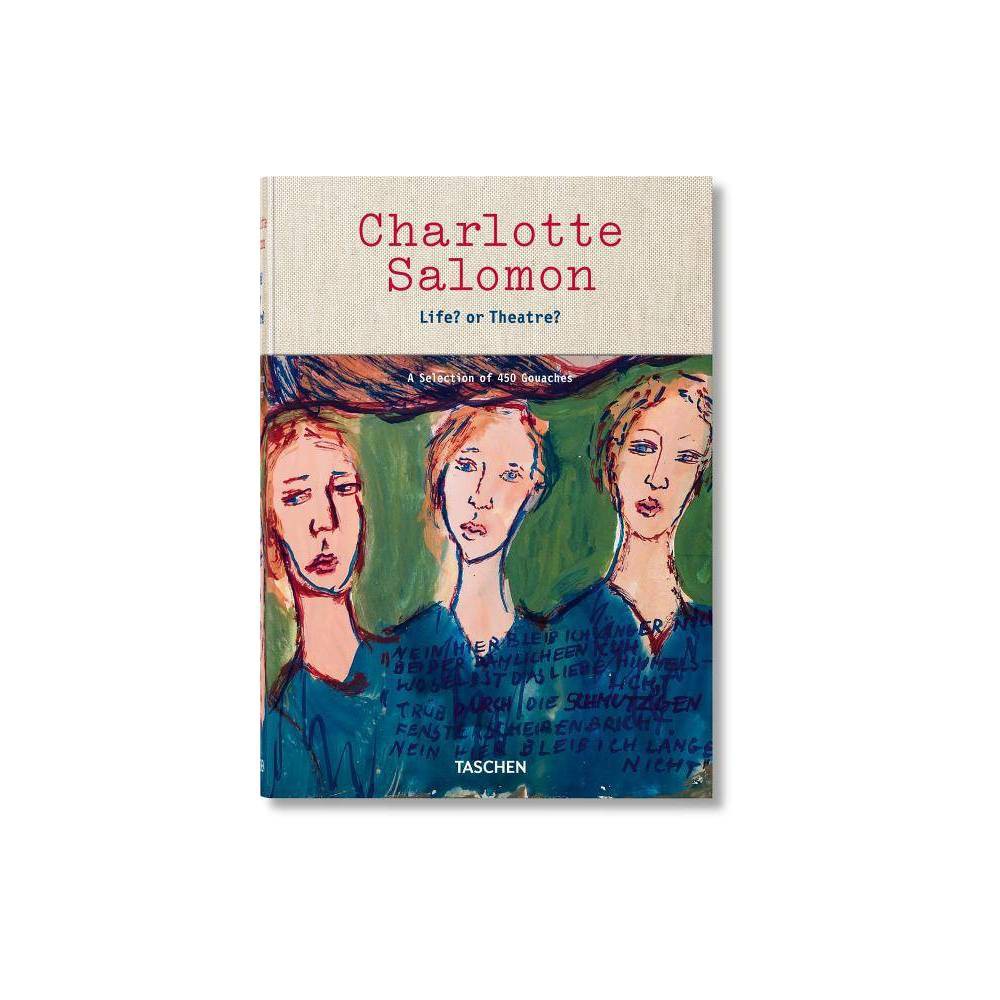